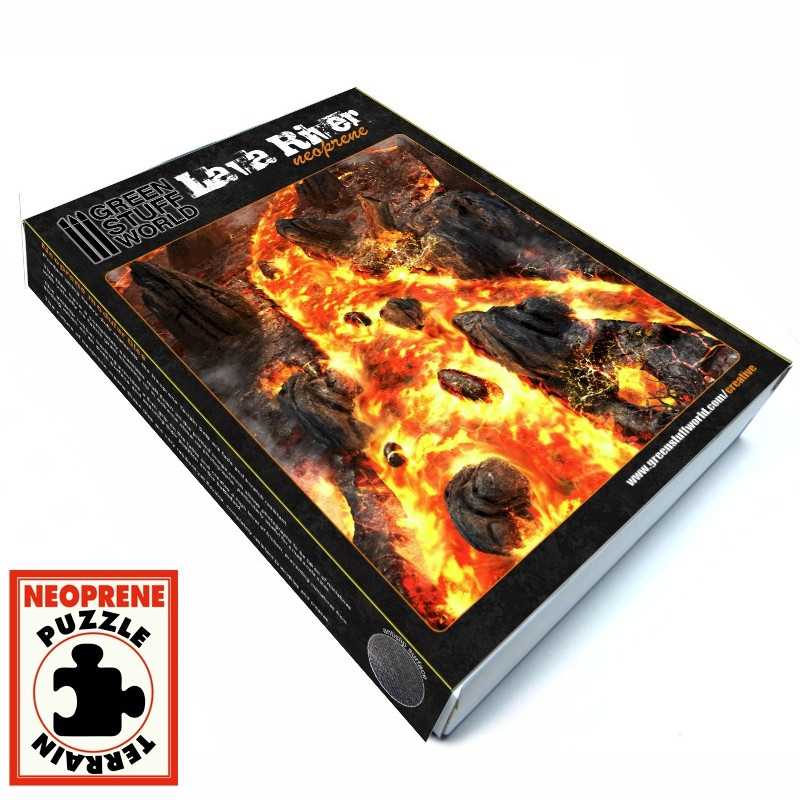 Notify me when available

High quality 2D neoprene terrain tiles compatible with any roleplaying game. Wage your battles on an epic battlefield overrun by a scorching 10 cm (4 inch) wide river of lava, complete with smoke and burning rock. Stone bridges and loose boulders allow for different gameplay mechanics, it all depends on your imagination!

Create different river streams in each game by changing round the tiles. They can be combined with each other creating a lava river of up to 4.5 metres (180 inches), and once victory has been declared it can be packed away easily tile by tile, allowing for easy storage thanks to their small size.

The tiles have a completely seamless matt finish on the printed image, which allows photographs to be taken of miniatures with virtually no fabric grain showing up in extreme close-up photographs, particularly useful for small-scale sizes.

The antislip rubber backing provides a firm grip on the table and creates a high level of friction, preventing miniatures from sliding when on an even surface and assuring their position on the battlefield.

The nature of neoprene means these tiles are very resilient yet flexible, completely resistant to wrinkles and creases.