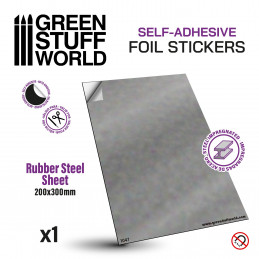 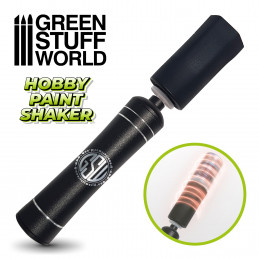 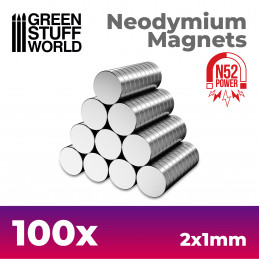 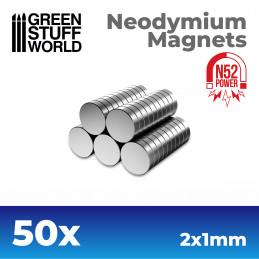 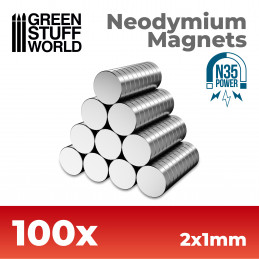 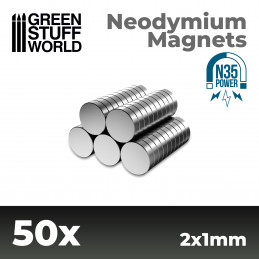 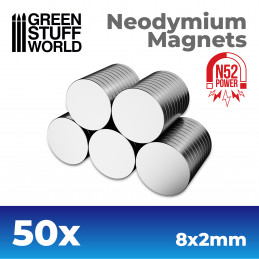 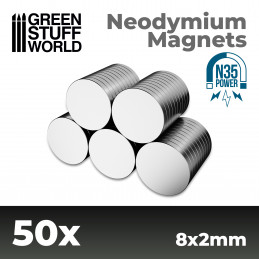 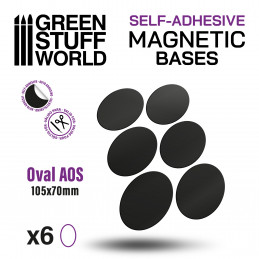 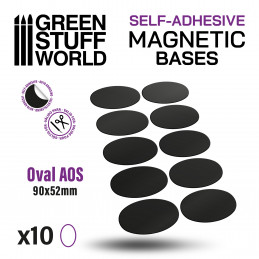 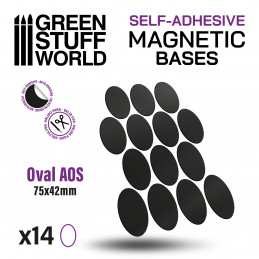 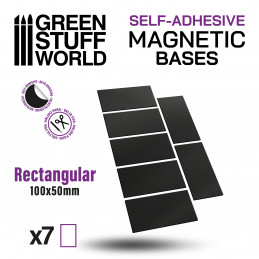 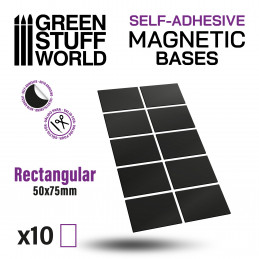 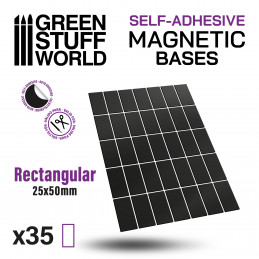 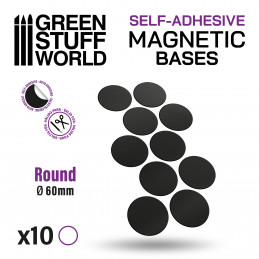 What are Neodymium magnets?

Neodymium magnets are the most powerful magnets that exist on earth and are made up of three main elements: Neodymium, Iron and Boron. These rare magnets are small magnets and can be purchased in disc, sphere, block or ring shapes.
Despite being a brittle material, it has incredible magnetic strength and high resistance to demagnetization. They are found in different grades, with the N35 being one of the smoothest and most common for miniatures and modeling, and the N52 being the most powerful.

Where to buy neodymium magnets for wargames?

On the official website of Green Stuff World you have all the neodymium magnets for wargames that you may need in packages of 50 or 100 units depending on the needs. You can find a definitive solution for your movement trays, transport cases as well as for the magnetization of miniatures.

We have magnetic sheets to cut with scissors, as well as the same ones but already pre-cut for quick and immediate use. We also have Rubber Steel Sheet to cut with scissors to metalize surfaces where you can stick your magnets.
And finally all kinds of magnets in shapes and sizes for the bases of your miniatures in 2 forces of attraction N35 and N52, the latter being the strongest on the market.

Why use Neodymium magnets in miniatures?

To save or display all the miniatures you have, it is best to do so on a magnetic base where the figures sit and remain fixed without moving. To do this, magnets are inserted into the base of each of the figures so that they fit correctly.
Normally the bottom inner gap of a plastic miniature base is approximately 2mm, so we can never use magnets thicker than 3mm to magnetize figures, and therefore we can only increase the diameter of the magnets to be used. It is also possible to use smaller magnets than 2mm, but you will need to put a ball of green putty between the magnet and the plastic inner gap of the base to fill in and help the magnet to set.

Magnets are widely used in the construction of miniature transport cases (or army boxes). These suitcases have trays with metal plates or rubber steel sheets where the miniatures are attached thanks to the magnets that we add to the bases.
They are also widely used to build movement trays, which follow a process similar to that of suitcases, placing the metals on the trays and the magnets on the figures.

What is the difference between N35 and N52 magnets?

The denominations N35, N42, N52, etc... refer to the qualities of the material used in its production. The higher the value of "N", the more powerful it will be.

In modeling, N35 is usually used as the minimum attractive power, and N52 as the maximum possible on planet earth. The difference between the N35 and N52 is about 25% more power of attraction.
If you put a row of magnets in a pile and bend them at an intermediate point with your fingers, it is even possible to notice the difference in strength between magnets of the same size, but with different degree "N".

How to create a magnetic base for your miniatures?

The most important thing to create a movement tray is to use the right combination of metal plate and magnet.
We always recommend gluing a rubber steel sheet that can be cut with scissors on the movement tray. The trays can also be found in our online store.

Once you have the movement tray with its rubber steel sheet, then we can use 4 types of magnets for the figures:

To improve the gluing of the magnets to the inner parts of the plastic bases of the figures, we recommend following the steps below:

In our online store you have a wide variety of N35 and N52 Neodymium magnets in different sizes that you can adapt to the size of your figures and your bases.

What is the difference between a neodymium magnet and a ferrite magnet?

Ferrite magnets are traditional, less powerful magnets that do not have a silver coating and can even loosen small particles during handling. These magnets are easier to oxidize and have much less attractive power than neodymium magnets.

Neodymium magnets are manufactured with a coating of copper and nickel that gives them that striking silver color, but does not prevent them from being very brittle. These magnets can become small enough to be used in the assembly of figures, models and miniatures, which is why they are widely used in wargames.

Are neodymium magnets harmful to children?

Neodymium magnets are not toys, no matter how they are sold. They are dangerous items for children and therefore you should keep them away from them.

When ingested, they can stick to each other through the stomach or intestine, causing internal ruptures or fistulas, creating perforations in the intestines that could even cause death. These types of magnets have been banned or limited in many countries due to their danger.

However, its proper and controlled use by an adult does not pose any danger to health.